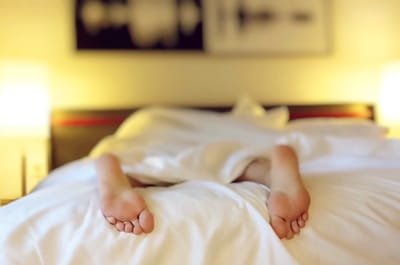 Couldn't get to sleep last night.
Laid awake for a good few hours.
It was warmer than of late.
Even opened the bedroom window to grab a breath of air.

After a few brief hours of slumber I was soon alert again.
I laid there open eyed, eventually watching the dark of night recede.
I got up and penned my thoughts.

Yesterday I'd had some great news. At work I've been rewarded
for my daily efforts nine to five.
With a fantastic trip away, and nothing much to pay.

Having visited a similar beautiful place last year.
Being well looked after here will I'm sure will be more than just, good.

But that's not what kept me awake last night.
Not excitement depriving me of kip.

I had seen on TV earlier, Parisians stunned, seeing their beautiful cathedral
going up in flames and plumes of smoke.
The cries of despair around the world, emphasising the enormous loss.

But the cause of my insomnia on this surprisingly mild April night
was a news report of a rather different type.

A man now in his seventies is being dragged back into court.
This despite being told previously, no prosecution.  They're having another go.
Now he's up for murder, an ex-soldier, 47 years on.

No death is ever good. Especially civilians in war.
Be it one, or thirteen as remembered a lot of late.

But personally I quietly speculate,
if there had been a war in my home town when I was young.
I'd be at home, not on the streets, Dad would have seen to that.

They are spending a lot of time and money it seems just now.
On chasing men sent a long time ago, to do very difficult job.
Policing a near impossible task.

The intentions of others were far more definite, not grey, clearly black and white.
The murder of people in 1974 in the towns of England was their ultimate goal.

Travelling home on the M62 one February night,
nine soldiers and a whole family met a tragic end.
11kg of high explosive reducing their coach to a tangle of twisted metal.

November of the same year saw, twenty-one lives ended only by their choice of pub.
The Tavern & Mulbery Bush both reduced to rubble,
bomb sites reminiscent of the last world war.

Forced and manipulated confessions with perjury followed on.
Very wrong convictions, robbing one, and six more, of years of liberty.
But although these terrible wrongs were later righted,
Convictions quashed and compensation awarded.
The true architects of both these horrors
still walk the streets, and the trail is now so very cold.

So last night I could not stop thinking this:
The capability is clearly there for investigations and court cases
But can we please direct this resource in a more logical direction.

Not against those sent to face bricks, petrol bombs and bullets.
But those who slay the innocent, on our green and pleasant land.